2016 came to a close (musically and personally) with an extended season at Bennetts Lane culminating in an all too rare gig with my trio aka ‘Julio & the Stevies’. 2017 is opening in a similar fashion: an extra special event and lots of gigs at Bennetts Lane. It’s going to be hard to top the first gig of the year. The 12ToneDiamonds reunion at 303 on Jan 4th was totally insane. Thanks to all who turned up to kick the year off in style. Hopefully Thai will come back from NY once a year so we can make it an annual thing. There’s still a lot of unrecorded material that we need to document. Here’s a visual document 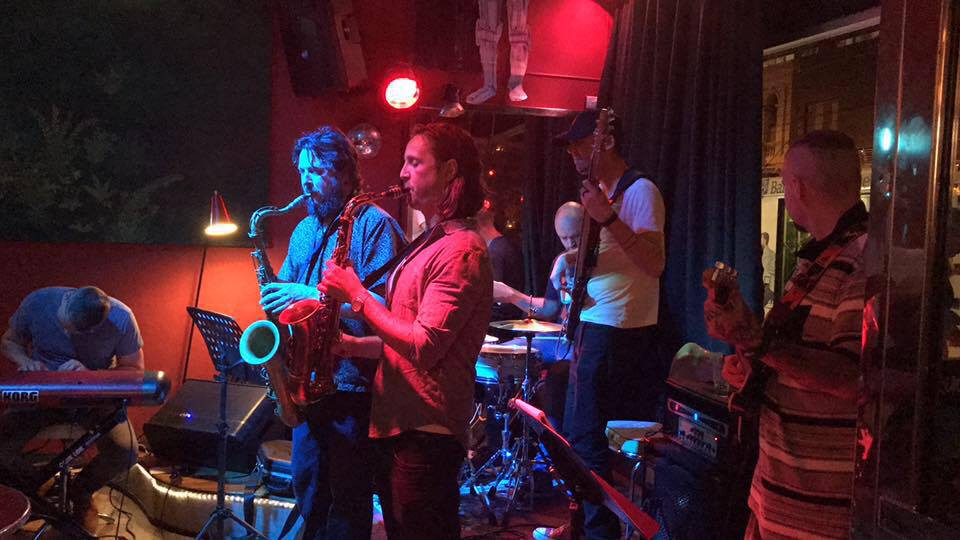 Who knows what the rest of 2017 holds, but it looks like it’s off to a positive musical start. Best to focus on the positives at this point. January 20th (an auspicious date globally) marks the end of an era of Radio National being a great place for contemporary Australian music. The POSITIVE NEWS here is that due to intense lobbying by the general public and the music industry at large, consolidated by the savernmusic campaign, ABC management definitely haven’t been able to ignore our voices and a number of politicians are taking notice and even taking a stand on the issue of representing independent Australian musicians. The Save Radio National Music! Campaign has created a strong unified voice of grassroots advocacy for musicians in this country. Something that has been sorely lacking for decades. Many, many organisations, institutions, venues, performers, promoters, festivals and fans have come together and stood up to be counted. Conspicuously absent throughout the entire campaign, despite numerous efforts to engage them and seek public support and endorsement are the Musicians Union. We as musicians need a voice to advocate for us, and that has unfortunately never been forthcoming from the Muso’s Union, at least during my career. On a POSITIVE NOTE this movement feels like the start of something much bigger.

January is normally a quiet month but this year there’s lots to be excited about. Apart from the 12TD’s gig I just recorded with Osunlade for his next album on Yoruba Records, and there are heaps of wonderful gigs coming up, most of which are with the wonderful bassist (and extraordinary human) Sam Anning. We’re playing together regularly in a trio with Andrea Keller, in Barney McAll’s ASIO, in Sam’s Sextet and with the Stretchropolitans, a more traditional quartet with Matt Jodrell and Craig Fermanis all of which are immensely enjoyable.

LIONSHARECORDS NEWS: We applied for three recording grants and the Melbourne Music Prize last year, all of which were sadly fruitless, but we’re hoping that continued perseverance in 2017 will bear some financial juice to enable us to create some new recordings. Birdland Records released their Top30 releases of 2016 just before Christmas, only 7 of which were Australian titles. Listing just the local releases, the top two were re-releases of albums from 1960 and 1962 respectively from two of our greatest pianists. #3 was one I’m very proud of having been involved in from another great pianistic mind and 4 & 5 were Lionsharecords albums. Best place to get these is at Birdland in Sydney, Readings in Melbourne, or straight off Bandcamp.

Stu Hunter has secured funding to take The Migration to Jazzahead in Bremen, Germany in April. This is very exciting. It’s a ten piece band and it’s been ten years since I was last in Germany. I’m itching to do some playing with local musicians too.

Looking forward to sharing some live music with you this year.