His the recipient of the 2015 APRA Art Music Award for Excellence in Jazz, a trifecta of Australian Jazz ‘Bell’ Awards in 2014, the 2008 ‘Bell’ Award for ‘Australian Jazz Artist of the Year’, the 2006 Music Council of Australia/Freedman Fellowship for Jazz, and the 1994 National Jazz Award. The funds from the Freedman Fellowship enabled him to record an album in New York with Jim Black and Mark Helias (Kaleidoscopic), and complete a three week European tour with his trio that included two sold out performances at the Berlin Jazz Festival.

Born in Melbourne in 1972 he attended primary school in Scotland, took up clarinet at 10, and then switched to tenor saxophone at 14. He was offered a piano tuning apprenticeship at 17, but chose instead to study improvisation at the Victorian College of the Arts with Brian Brown & Barry Duggan. In 2001 he received a Graduate Diploma from New England Conservatory in Boston where he studied under scholarship with Paul Bley and George Russell.

Julien has released over twenty albums as leader or co-leader and plays regularly with a wide range of groups. Over the last three decades he has toured extensively overseas, spent extended periods living in Zurich, Boston & New York, and made long-term contributions to high profile groups including The Australian Art Orchestra & The Black Arm Band. He has been an integral member of a number of critically acclaimed co-operative groups including SNAG, Assumptions, Ishish and This World.

His long-standing trio with Steve Grant (accordion) and Stephen Magnusson (guitar) have been praised as one of the most original groups in Australian Jazz. They were featured on while you were sleeping (2006), Trio-Live (2007) and Swailing (2014), and there is a chapter dedicated to them in John Shand’s book, JAZZ: The Australian Accent (UNSW PRESS)

In 2011 Julien formed STOCK featuring Craig Fermanis, Chris Hale and Hugh Harvey. After a decade of consistent live development they released a self-titled album in 2020 which debuted at #1 on the Australian Independent Records charts.

In early 2017 Julien formed ARC (The Autonomous Resilience Collective) to perform global themes of resistance and rebellion. Their debut was on the same day as the US Presidential Inauguration and their second performance was on the eve of “Survival Day” in Australia.

This World, a collaborative project with Mike Nock, Hamish Stuart and Jonathan Zwartz have released two albums on Lionsharecords: This World (2019) and Another Dance (2022), and an EP (Out of This World) through ABCJazz (2021). Their debut was a finalist for the 2020 “Best Jazz Album” ARIA Award and received the Bell Award for Best Ensemble. They have toured extensively up and down the East Coast playing to full houses at every show.

In 2022 Julien is releasing two solo albums called Meditations and Mutations. He is currently an associate teacher at Melbourne University/Victorian College of the Arts and Monash University. 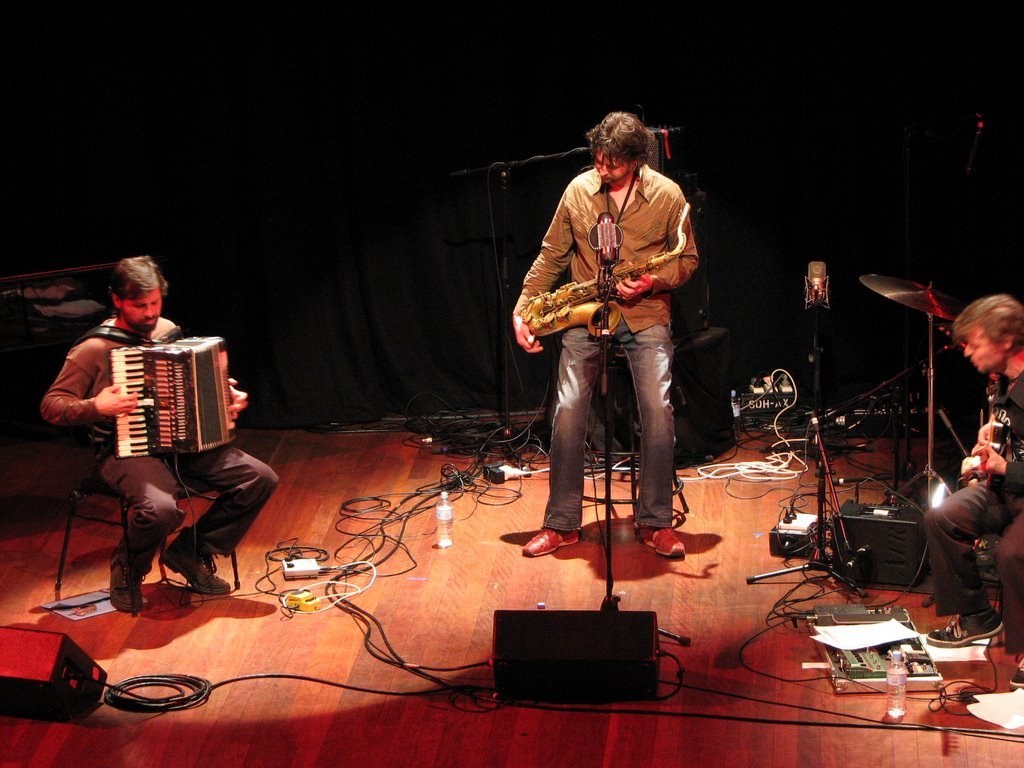