Home > BLOG > Black Lives most definitely do Matter, to my life

Black Lives most definitely do Matter, to my life 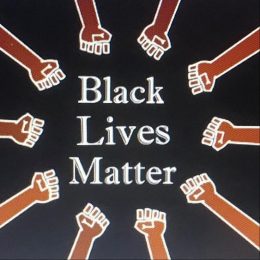 I feel compelled to put this out there. So here it is.

I’m a white Australian jazz musician. My whole career is based on and indebted to black American music and the people who created (and continue to create) it under unbearable systematic oppression. When I first saw the saxophone at high school it was indelibly linked with American jazz music and that’s when I knew what I had to do with my life.

I consider myself incredibly fortunate to have had the honour of performing and touring and recording with many Indigenous Australians, some of our nation’s, and indeed the world’s greatest performers and songwriters.

My obsession with Black American Music led me to study Black American History, And that in turn made me wonder how in hell I got to be 20 years old without knowing anything about Black Australian history. I began reading incessantly, trying to find the information that hadn’t been presented at school. I wanted to know the real Australian history, not just the back page.

When I was 21 I travelled to the USA for the first time. In New Orleans I met a trio of musicians from New York (a singer, a poet, and a genius who played Chapman Stick and drums) and they invited me to join them on stage. When I arrived in NY I called them up and they invited me to do a whole gig with them, this time at a Rock Against Racism in Union Square. It was packed and was one of the happiest days of my life. They were members of the Black Rock Coalition and M-Base and played music unlike anything I’d experienced in person.

They took me under their wing, showed me around their neighbourhoods, took me to gigs and parties, and treated me like a long lost brother. They schooled me in Black Culture – food, history, language, frankincense and sandalwood oil (for my tragically greasy long hair), how to roll a blunt, home cooked jerk chicken and rice, the educated son of a black Cambridge doctor, the streetwise eternal dude, the elder statesman poet, the record collecting civil rights historian… and the whole glorious sprawling diaspora of black American MUSIC.

Yictove, the poet in the group, took me to play duets and talk about Australia at his High School classes in Queens for artistically gifted kids who didn’t fit in the regular system. I couldn’t believe the Security Guard at the reception area where we had to sign in was dressed like a cop and had a gun! The classroom seemed to me to be right on the edge of chaos.

They invited me to jam at a Dub Reggae Session where I met Juma, the percussionist on Bitches Brew. They were fascinated by the Yidaki I had with me. I was a gangly, naive, wide-eyed, white kid from Australia and they really, welcomed me in to their homes with open arms and treated me like a little brother.

A year before that trip I’d joined Richard Frankland’s band Djaambi and spent three weeks travelling from Alice Springs to Darwin. We played in Papunya, Yeundemu, Tenant Creek, Elliott, Borolloola, Katherine and Darwin. At the age of 20, they were the first First Australians I got to know, and their generosity of spirit and sense of humour are what struck me the most. At the first rehearsal they told me that the initiation to the band was that I had to learn to catch a spear… with my chest. They were my Djungaii (uncles / teachers).

Everywhere we went on that tour was more intense than the last place. All the white folks in the band lost their shit because they had no idea that Australia was a third world country until visiting NT communities. All the city raised black men on the tour lost their shit at some stage because they were in communities where 14 year old boys had undergone manhood ceremonies, and as blackfellas growing up in white society, they hadn’t gone through that traditional initiation process.

The lessons I learned from that tour stay with me every day. It was my awakening to what Australia really means. Like I said, I consider myself incredibly fortunate to have had an experience (many of them now) and see a side of Australia that most non-indigenous Australians never get to have or see.

I toured many times with Archie Roach and Ruby Hunter and the Black Arm Band, from makeshift stages in remote outback communities to the Sydney Opera House, Singapore, Thursday Island, Taiwan, Nhulunbuy, Canada, Fitzroy Crossing, New York, Brazil, Wadeye. One of the greatest honours was to play at the 40 year anniversary of the handback at Kalkarindji for the Gurindji. We played at the anniversary of Nitmiluk Gorge handback as well. In Mexico City, Archie introduced Took The Children Away in Spanish and brought a full house at the concert hall to their feet.

We played a few days after Rudd’s apology in 2008 in Perth at an outdoor festival and the energy of hope and raw emotion was palpable. Many, many, many times I was brought to tears onstage performing these songs. But it really hit home when my first daughter was born. I was already tired and emotional at the rehearsal, but when Archie sung Took the Children Away I had to go and hide in the bathroom and collapsed in a weeping mess. Empathy involves imagining yourself in another’s shoes. And the concept of my beautiful baby daughter being stolen from me and never seeing her again just ruined me. The resilience of these people and the injustices they’ve had to endure is beyond belief.

“This story’s right, this story’s true
I would not tell lies to you
Like the promises they did not keep
And how they fenced us in like sheep”

I spent a small amount of time in Roper attempting to immerse myself in traditional culture to absorb traditional Wagilak Manikay. My family there visited me in Melbourne a number of times around the time my first daughter was born. Her yululumba (umbilical stump) is buried on their land. As Kutcha Edwards said to me, it’s my responsibility now to share those insights with those less fortunate than myself.

Those experiences are where music blossomed for me. I had an incredible amount of hope for where Australia and America could evolve and mature to, despite the ugly histories of both. I’m nearly 50 now. And I feel like we’ve gone backwards as a society.

As May became June this year and Corona Virus restrictions eased in Australia, National Reconciliation Week (bookended by Sorry Day and Mabo Day) coincided with a righteously furious national uprising in America, the likes of which the world hasn’t seen since Martin Luther King Jr’s assassination in 1968.

There are undeniable parallels between the USA and Australia. As this article points out, 28 years after Eddie Mabo’s historic win Mabo Day should be less a cause for self-satisfied back-patting from “non-racist” Australians and more a reminder to reflect on how far we still have to go.

28 years ago, watching Paul Keating’s famous Redfern speech, I felt that we were balanced on the edge of a tipping point in education, acknowledgement, reconciliation and respect in this country when he said,

It now feels like we’ve done an about turn and run from that opportunity with our fingers in our ears, wearing a white blindfold and screaming in self-righteous denial. A quarter of a century is a LONG TIME to go nowhere. Patience has its limits. The constant flame under the billycan has never been extinguished.

In 2015 Adam Goodes quit a brilliant football career in despair only a year after being named Australian of the Year.. He was so broken and disgusted that he couldn’t even participate in the traditional Grand Final Parade. Racism nearly killed him, and as he struggled to stand under the weight of it, White Australia jumped on his back and rode him in to the ground.

The whole world knows Colin Kaepernick.
Do they know who Adam Goodes is and what Australia did to him?

We need to reassess and reconsider the holes in our education, through both our own ignorance (even with the best of intentions and purest of hearts) and the consequences of the systemic racism we were raised with and are unconsciously surrounded by. When we deny it exists we are making a choice to perpetuate it.

Black Americans and Indigenous Australians (amongst many others, especially first nations peoples) have had to demand the fair go we boast about giving every citizen (peacefully, mostly, to their eternal credit) for way too long from a system that has literally, violently held them down while simultaneously pretending they don’t exist.

So when they ask why white folks are silent in the face of gross injustice, then accuse us of virtue signalling or getting it wrong when we do speak out, I can see both sides, as much as it hurts.

It hurts being told to speak up, then told to shut up because you’re doing it wrong. It hurts to realise that you may be so out of touch, that you don’t even know why it’s wrong.

But we have to swallow our (white) pride and LISTEN! Because we cannot even begin to fathom what it must feel like to live with the constant emotional battering of the daily bombardment of hypocritical, condescending, paternalistic, arrogant, ignorant, patronising, demeaning, infuriating, outrageously offensive and flat-out racist messages and actions (verbal, mental, physical, psychological and economical) that they have to deal with from the cradle to the grave.

I’m not advocating white guilt. I’m saying we need to seek out black knowledge. And do our best to empathise with the experience of those who have been treated differently.

I’ve gotten it wrong many times. And I will undoubtably make many more mistakes.

I have to constantly remind myself to seek the truth, watch and learn, ask questions – and actually listen to the answers – and act upon changes that must be made. For if I’m not part of the solution, I’m part of the problem.

I am not responsible for the actions of my ancestors; BUT I have inherited untold privileges (many of which I’m not even aware of) that the multitude of injustices of the past granted to my parents, and their parents. Yes. It’s not ancient history. It exists in our generation, right here, right now.

Brother Kutcha Edwards, a member of the stolen generation, is only a few years older than me.

David Duke is still alive and personally endorsed Donald Trump’s Presidential bid in 2016. He spoke at Charlottesville in 2017 and then tweeted directly to the President to “remember it was White Americans who put you in the presidency, not radical leftists.”

Gina Rinehart’s father, Lang Hancock reportedly had seven “half-caste” children but publicly advocated that “half-castes” should be sterilised by poisoning the water supplies so that they’d ‘breed themselves out’. These were his own kids! Many of them now work in his mines.

Like the dreamtime, systemic privilege and racism are here among us right now. And we are responsible for ensuring that our children are more educated and evolved than we were. So they can recognise and dismantle systemic racism when they see it.

“If you see something, say something”.

If you want to donate directly to organisations in Australia which support Black Lives Matter this page is a good place to start.

If you’re in the States, Campaign Zero looks like a great resource.
In particular their 8cantwait initiative