Note: Since 2016 this group has been performing as a quintet featuring Hamish Stuart on drums and Carl Dewhurst on guitar in addition to Julien, Barney and Jonathan. 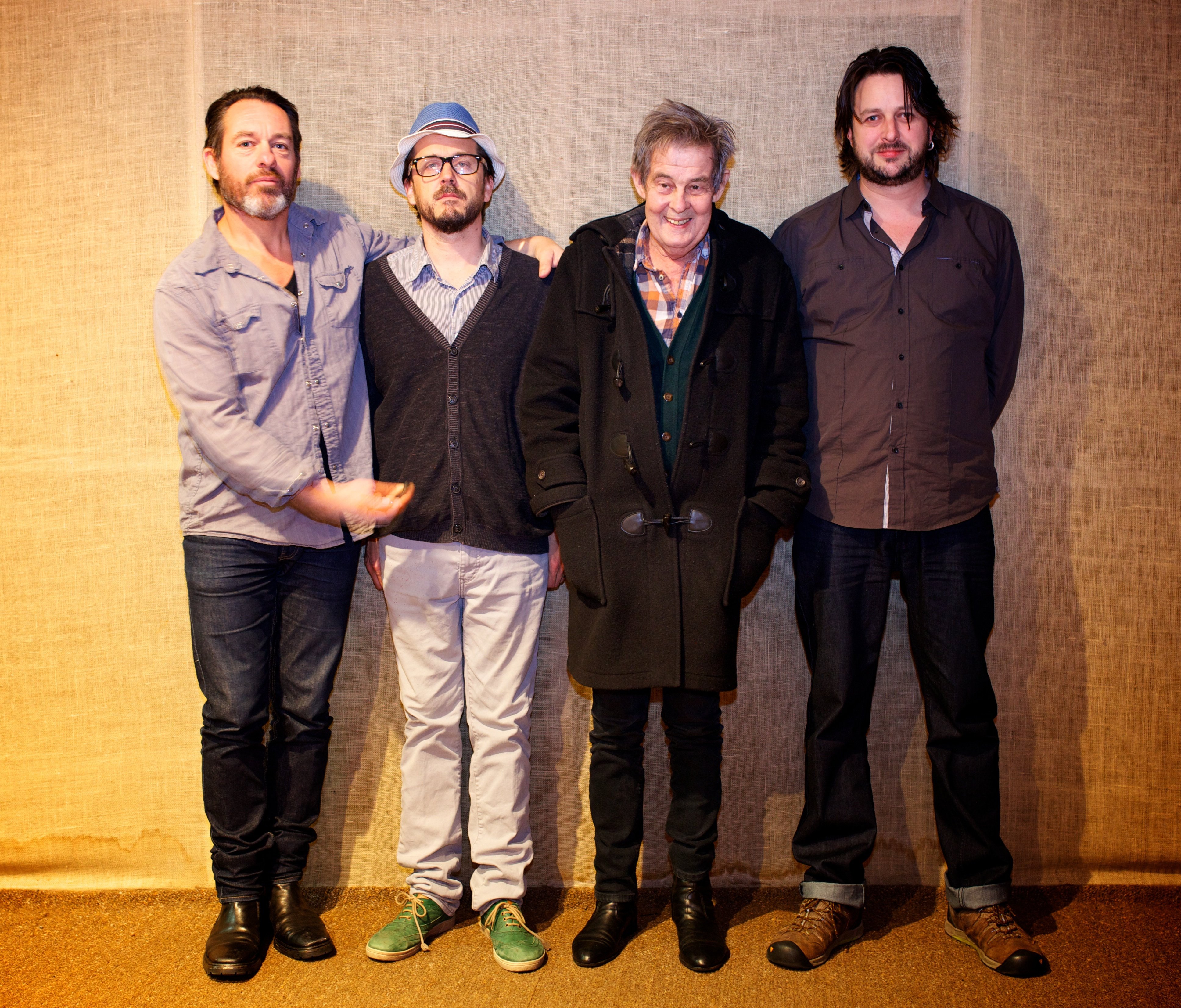 On Australia Day 2013, Julien Wilson went in to the studio with three of his all time favourite musicians to record a jazz ballads session. The intention was to record an album in the spirit of the old Prestige off-the-cuff “meeting session” recordings. The band set up close together in the same room, with no baffles, no rehearsals and no headphones. Recorded in Melbourne and mixed in New York, the album sparkles with the essence of the classic jazz quartets and re-creates the smoke-filled ambience of a 1960’s Parisian Jazz Bar.

“This is Always” was officially launched at the 2013 Wangaratta Jazz Festival. The album is the inaugural release on Wilson’s new label, lionsharecords. Wilson has thoughtfully assembled the never-before-heard dream-team of New York based pianist/conjurer Barney McAll, with Sydney’s superbly deep and swinging Jonathan Zwartz on bass, and Melbourne’s favourite drummer, Allan Browne. Together, they create a sound like no other band in the country. Deep yet light, Old School and hip, informed yet inspired.

Wilson’s tenor has never sounded fuller or richer than on “This is Always”. Known primarily as a contemporary player, and composer and leader of ensembles with often unusual instrumentation, Wilson delves deep back in to the history of the tenor saxophone and his primary influences here. On his first recording with a “Classic” quartet he has chosen material that lets the players bring their own personalities to the fore. His tone and phrasing allude to a whole generation of the giants of the tenor saxophone.

Album Review by John Clare – Australianjazz.net
“The band Wilson has chosen could scarcely be surpassed anywhere: The interacting band can seem to drift effortlessly as smoke across the land, or break into stress patterns, deep swells and concussions, like the sea. Look, I’ll say no more than that Julien is both subtle and magnificent. The tenor saxophone is like smoke, and it is like carved oak in his hands. Even at his softest his presence is large, and the same must be said for Jonathan Zwartz’s great dark bass, pizzicato or arcetto. Even at their softest, smokiest, most meditational or sensual this band keeps the form strong.”

Album Review by Ian Muldoon – JazzandBeyond
“In short, we have before us an album “in the tradition” played by seriously accomplished modern musicians at the top of their game. Not a lick in evidence. Quite moving in fact. ‘Farewell’ is drenched with feeling and recalls the tradition of ‘Flee as a Bird’ (Psalm 11) and is a stunning coda to a magnificent recital by this “classic” quartet. Music is feeling above all, and this album proves the rule. Maximum stars for this album.”

Album Review by John Shand – Sydney Morning Herald
“A tenor saxophone making gentle, sensuous jazz is a grand tradition, like paddle-steamers cruising on wide, slow rivers. Wilson eases his own tenor into that tradition, in the process creating one of the great Australian jazz albums. This is music where the horn’s sound seems to melt in your ears, becoming creamy, viscous and rather sly. Sometimes it is so fragile that it fades to little more than pulsing breath passing through the saxophone. Sometimes that fragility finds release in a sudden cry. Wilson’s phrasing is so relaxed that the tenor seems to massage you as you listen. Any music becomes new, after all, when played with complete conviction.”

Album Review by Adrian Jackson – Rhythms
“It seems that Wilson avoided recording in this format until he felt ready. And he certainly was ready to play these songs – with a level of maturity, and a storytelling quality that place him proudly in the lineage of such great tenor balladeers as Lester Young, Dexter Gordon, John Coltrane, Stan Getz and Joe Lovano. They combine as if they have been working together for years, achieving an effortless depth of swing that is not often heard here, and inspiring Wilson to play with admirably understated eloquence. Do not miss this album.”

Springwood Presbyterian Hall, June 14 2014 – Tenor sax proves he’s up there with the greats – Sydney Morning Herald
“Then along comes Julien Wilson, the spiritual heir to Australia’s ultimate tenor players. Sometimes Wilson played so gently that it was no more than breathing coloured by sound. On Ellington’s ‘The Feeling of Jazz’ each note sprawled voluptuously from the horn, and on his ‘Aberdeen’ Wilson built such tension that his tenor threatened to explode across the turbulence forged by the band. Make no mistake: this band was just as exceptional and distinctive as (Joshua) Redman’s, and the tenor playing more so.”

2014 Melbourne International Jazz Festival Review – The Australian
“Melbourne saxophonist Julien Wilson won three prizes at the Bell Awards last month, so expectations were high for his quartet — and they delivered mightily in one of the best performances of the festival. Old school influences in an intelligent, modern context.”

2014 Melbourne International Jazz Festival Review – Australianjazz.net
“This was a ballad-heavy set showcasing Wilson’s sublime saxophone tones. Heartfelt tributes to recently passed jazz identities Bernie McGann and Gil Askey were a noble gesture applauded fervently by the audience. Whether by stick, brush or hand, the much-loved Allan Browne was intent on being a team player, forever complementing his band members’ contributions.”

2014 Melbourne International Jazz Festival Review – Ausjazz Blog
“From the opener, Wilson showed again that he continues to play with assurance and to draw on deep inspiration that is clearly a sustaining force. McAll seemed attentive rather than flamboyant on the night. He later said how much he appreciated Browne being so zen at the drum kit. This concert was good for the soul. It was the perfect ending to the penultimate day of MIJF 2014.”

Highlights of 2013 – The Age – Australian jazz artists gave many of the best performances of 2013.
“The Wangaratta Jazz Festival turned out one of its most impressive programs in recent memory, despite enduring its share of financial and personnel dramas over the years. There were excellent performances by overseas artists (Jef Neve and Gerald Clayton among them), although the most unforgettable came from Australians. Saxophonist Julien Wilson lent his astonishing (and ever-deepening) artistry to many of these while Barney McAll’s solo and trio shows were deliciously soulful.” 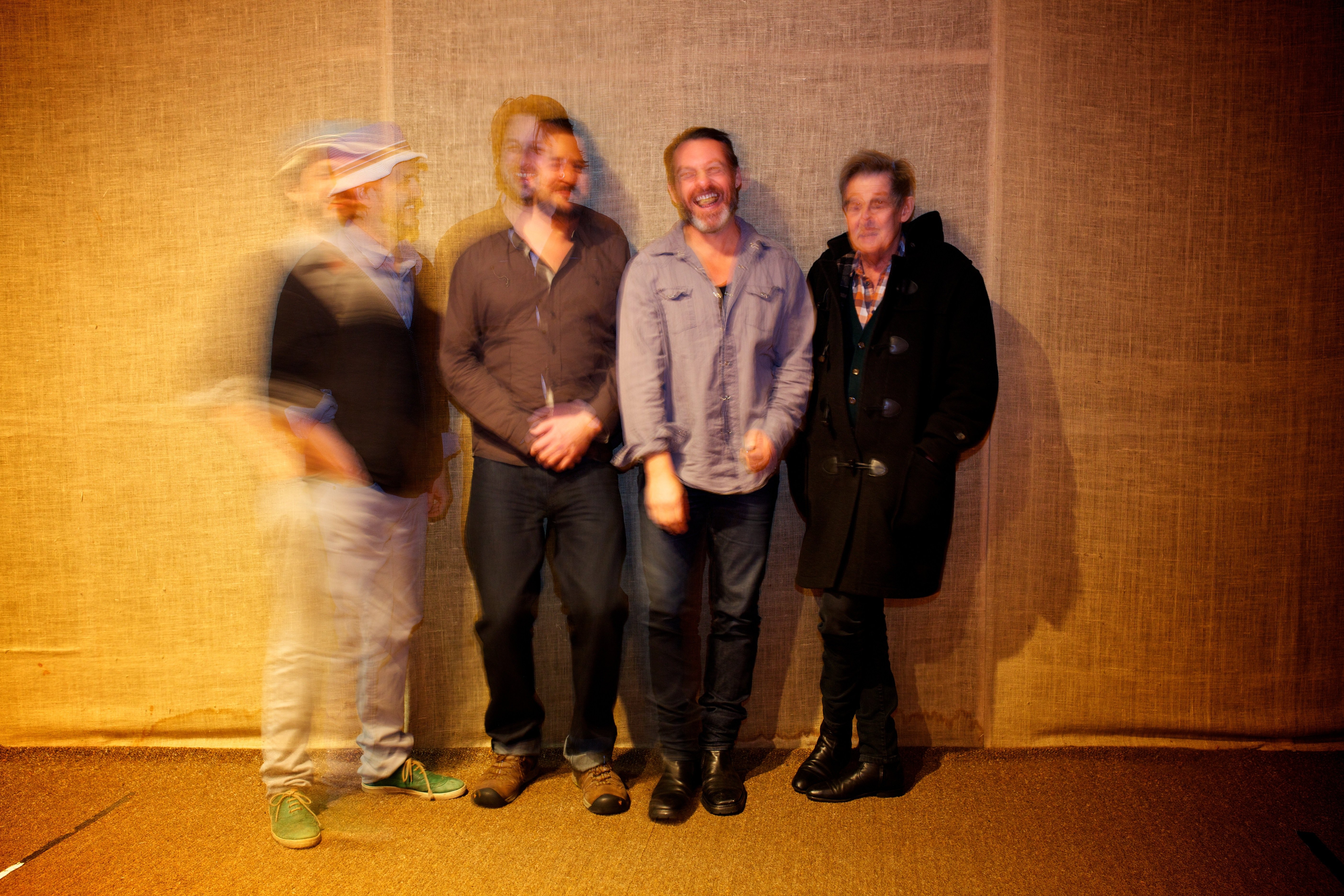