Julien Wilson Quintet review: No fake excitement: this was the real thing 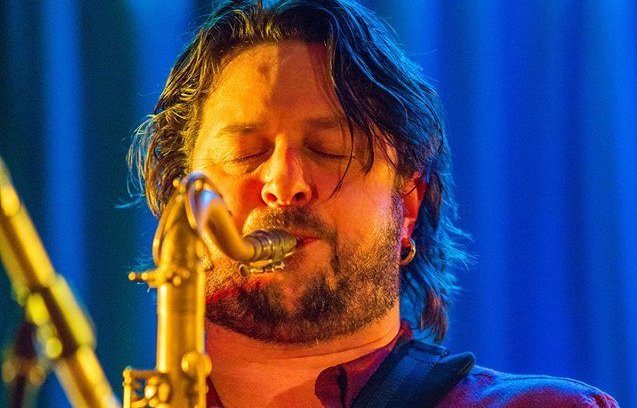 Excitement can be faked, but this was the real thing. You felt the packed room of disparate souls knitting together in a shared response to exhilarating music. The Julien Wilson Quartet won much acclaim for swimming in the most central channel of the wide river called jazz. That band (with Wilson on tenor, pianist Barney McAll and bassist Jonathan Zwartz) boasted the much-loved Allan Browne on drums, and a year after his death this quintet line-up launched This Narrow Isthmus with drummer Hamish Stuart and guitarist Carl Dewhurst.

Wilson formed the original quartet specifically to explore ballads, but it grew to be feistier than that on his original material, and this quintet further raised the energy stakes. To hear such a thrilling concert two days after witnessing the extraordinary Ornette Coleman tribute at 505 suggests Australian jazz is sunning itself in a golden age.

Dewhurst played in both, here crafting fragile sighs and cries on Rainman, and on Weeping Willow dirtying up his sound and the music with a solo to singe the hairs in your ears. This piece had begun with astounding unaccompanied bass from Zwartz in which a kalimba-like motif of singing harmonics interacted with an earthier groove, so it became a dialogue between light and dark.

The opening Cautiously Optimistic had Wilson building to torrential power, and on the gorgeous ballad Bernie (for Bernie McGann) his sound seemed to expand until it sprawled across the room in a great, warm airstream of sonic opulence. This piece also had McAll using octaves to fashion lines of such uncanny lyricism as could engender multiple new compositions. McGod contained volatile exchanges with Stuart and his round-sounding drums and brilliant cymbals that could explode like bombs in so many china shops.

Earlier Laurence Pike created an enthralling 40-minute solo piece for drum-kit and sampler. This was a genuine duet in which the foreground shifted between electronics and drums, the latter played with a wealth of melodic, rhythmic, textural and colouristic ideas.