The Julien Wilson Trio was formed in 2004 and received glowing reviews in the Sydney Morning Herald and The Age for their premier performances at Sydney’s Jazz:Now Festival and Melbourne’s Half Bent Winter Jazz Festival. They are featured on the albums while you were sleeping (2006) and Trio-Live (2007). They have performed sold out concerts at the Berlin Jazz Festival, Sydney Opera House and Melbourne International Arts Festival, and appeared at festivals in Jakarta, Korea, New Zealand, and throughout Australia. While the instrumentation of the group often invites “French” connotations, the band are all heavily influenced by Brazilian & Argentinean music forms. Despite this love of South American music, the band revels in rubato playing and have created an incredibly intuitive style of unified phrasing.

In 2006 they undertook a three-week European tour supported by funds from Wilson’s Freedman Fellowship. There is a chapter dedicated to the trio in John Shand’s book “Jazz: The Australian Accent” and they were the feature of a one-hour documentary produced for Korean TV in 2009.

Vince Jones collaborated with them at the 2011 Stonnington Jazz Festival and has written lyrics for some of the trio’s original compositions, one of which, Rebellious Bird, appears on Vince’s 2010 album, Modern Folk.

The trio has a mesmerizing effect on audiences, moving from serene to jagged to dense to angelic in a single breath. Swailing, the follow up album to the immensely popular Trio-Live was released in 2014. Swailing utilized the recording studio and an expanded palette of instruments and sounds to take their music in new directions and was a finalist for the Age Music Victoria Genre Award for Best Jazz Album in 2014. The trio has expanded their repertoire to include material by Ellington, Ornette, Fats Waller, Hermeto Pascoal, and even Jules Massenet.

“There is no ego content in this trio. Each player is equally supportive” The Advertiser

“full of haunting nostalgia… not only contemporary but quite timeless. Nobody could not like this music” John Clare – SIMA

“The trio seems to breathe and sigh through their instruments as one. Irresistibly gorgeous.” AllAboutJazz

“…what may have been the highlight of the Festival. The sheer majestic quality of this band’s music is astounding, and, in the vast surroundings of the Cathedral, Wilson’s soaring tenor took on a spiritual quality, reaching all the way back to Coltrane. …his tenor soared to the upper reaches of the Cathedral, filling the church to overflowing. It was a remarkable performance, full of intimacy and telepathic communion” Rhythms review of the 2007 Wangaratta Jazz Festival

“If the Julien Wilson Trio lasts for another decade it may well become inaudible. The band seems to grow softer and more subtle every time it plays, and, as the volume decreases, so do the roles of self and virtuosity”. Jazz: The Australian Accent – UNSW Press 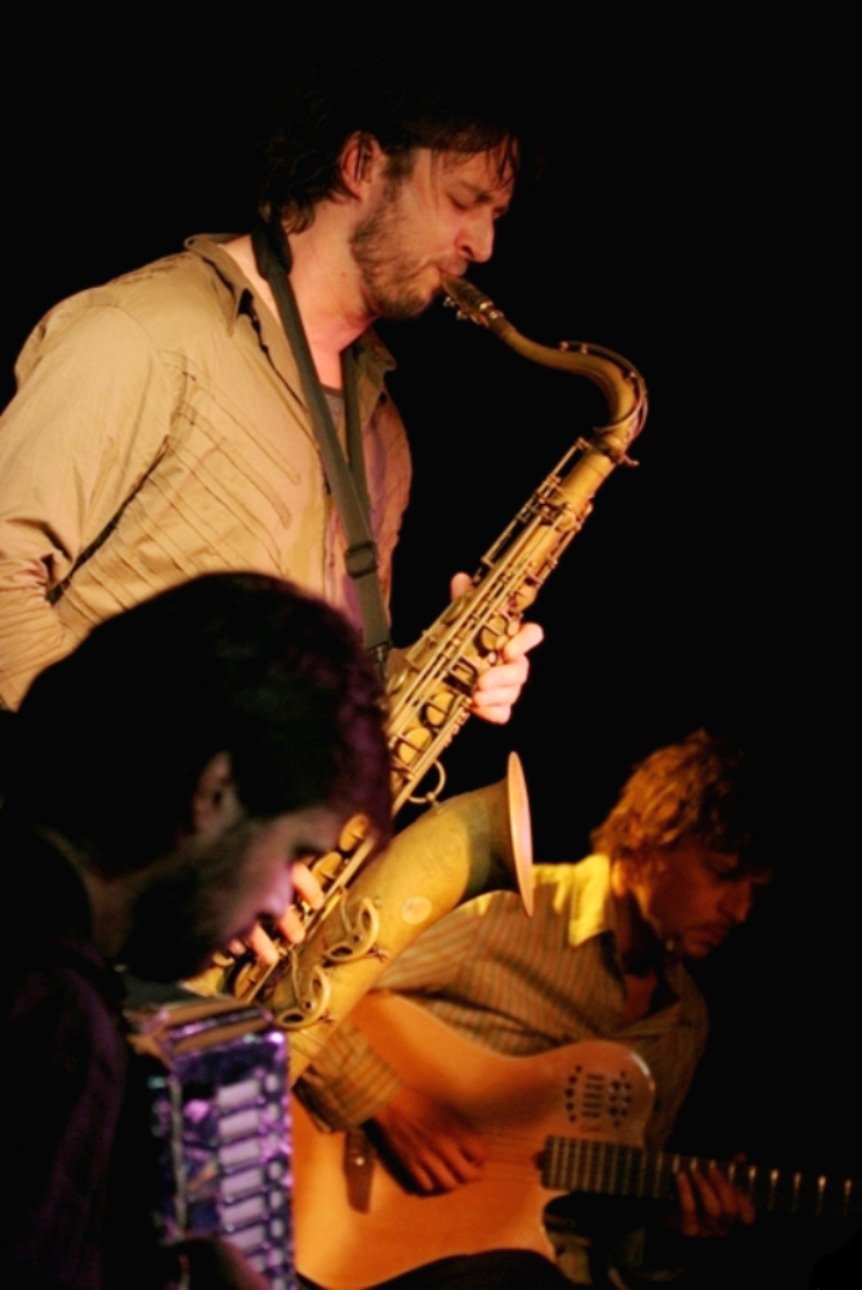