This group was formed late in 2018 as a chance to play earlier forms of jazz primarily associated with New Orleans. The music of, and associated with, the great Sidney Bechet seemed like a good way to focus the band’s sound and energy. As a result, by logical extension the music of Louis Armstrong & Django Reinhardt is featured amongst others, including some originals written for this particular group, while maintaining a focus on early forms such as the blues, stomps and rags.

The rhythm section is anchored by the superbly swinging and formidable team of Lynn Wallis on drums and Howard Cairns on bass. They are complemented and augmented by the driving rhythm guitar and exciting, angular solos of Craig Fermanis. The consummately tasteful and wonderfully melodic Mat Jodrell gets to display his intimate knowledge of the many masters of the style on trumpet, especially the great Louis Armstrong. For this project Wilson focusses primarily on soprano sax and clarinet rathe than the modern tenor he is more widely known for. 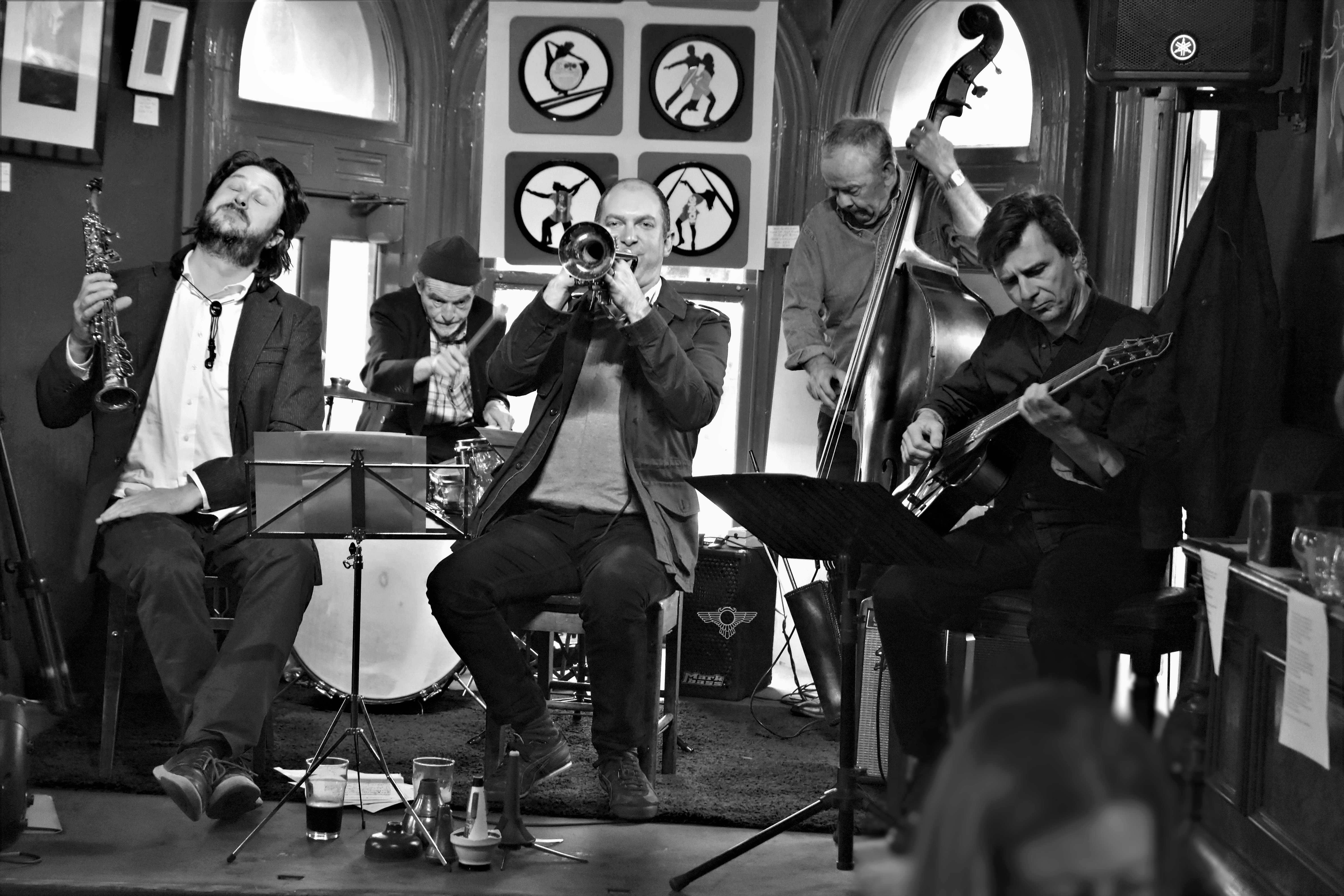