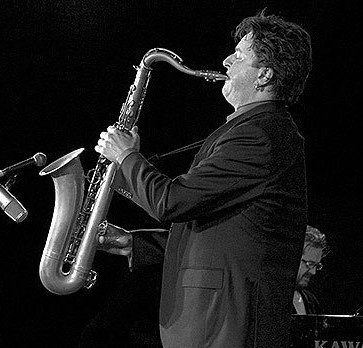 It’s not easy to sum up a weekend of music in a few words, but whatever else can be said about the 2013 Wangaratta Jazz and Blues festival, there was an abundance of imaginative playing and exemplary musicianship.  …

I think this festival is best summed up by three themes: Ubiquitous Julien Wilson, piano prowess and the wizardy of Australian musicians, including those now living abroad.

First, the weekend of gigs could have been re-named the Wangaratta Julien Festival in honour of the phenomenal playing by saxophonist Julien Wilson in so many line-ups. Julien recently had a close call during surgery in hospital, but recovered to play superbly. He seemed omnipresent. I heard him in five ensembles. In each his playing displayed almost all the qualities you’d hope to hear from saxophone or bass clarinet, from fiery blasts to deeply resonant mining expeditions or subtle soliloquies.

As I write this I am conscious that at last year’s festival a standout concert featured Wilson with fellow reedsman David Ades, who is now seriously ill and in our thoughts. That concert stays with me.

Many of Julien Wilson’s solos this year will also remain in my memory, among them his freakily good explorations in Rebellious Bird, which he dedicated to Ades. Among other highlights was his rendition, in his first outing in a quartet format, of Paul Desmond’s Wendy, performed in honour of the recently departed Bernie McGann, and a finely nuanced solo on Deep Night.

Another came with drummer Allan Browne and bassist Sam Anning (on loan from the US) at the launch of their recent album Sweethearts. Empathy, warmth and understanding were evident as the trio members demonstrated how well they work together. It was a joy to hear this, though I had to leave early.

The “high octane” Julien was on show in B For Chicken. And in the Jonathan Zwartz Ensemble, Wilson — dubbed Lazarus by the bassist — excelled in Wait Until the Morning.  …

Other standout gigs featuring Australian artists were the Jonathan Zwartz Ensemble (much more compelling live than on the most recent album) and the classy Nock/Magnusson/Wilson.

‘There is no such thing as a bad Wangaratta Jazz and Blues Festival.’

This year’s Wangaratta Jazz and Blues Festival was book-ended by two startling performances that testified to the strength and depth of the Australian jazz scene. On the opening Friday night, bassist Jonathan Zwartz led his stellar Ensemble through a series of compositions drawn from his recent recording The Remembering & Forgetting of the Air. It’s a tribute to Zwartz’s standing in the jazz community that he could assemble a band of this calibre, chock-full of individual voices, its depth bringing to mind the great bands led by Ellington or Mingus.

But it was saxophonist Julien Wilson who really dominated this year’s festival, playing brilliantly with his Quartet; with his Sydney band B for Chicken; with the Anning-Wilson-Browne Trio; with Mike Nock; with the Jonathan Zwartz Ensemble; and with Dixie Jack. All this from a man only recently out of hospital, and who managed to also launch three new recordings at the Festival. Wilson’s performances with his Quartet, and with the Nock-Magnusson-Wilson trio, were genuine highlights of the Festival.

During both performances, he spoke movingly of his good friend, sax player David Ades, who had been publicly battling cancer over the past couple of years. Wilson’s performance of his song ‘Rebellious Bird’, which he dedicated to Ades, was perhaps the finest version I’ve heard him play of a composition that already feels like a jazz classic.

Sadly Ades, who played so brilliantly at the 2012 Wangaratta Festival, passed away just days after Wilson’s performance. During his Quartet performance, Wilson similarly dedicated a piece to the late Bernie McGann, who died in September this year; and also spoke warmly of his late teacher and musician Brian Brown, who died January 2013. It has been a year of losses for the jazz community, and Wilson’s heartrending performance of a recent work ‘Farewell’, played New Orleans style on clarinet, seemed to speak for everyone there.