Request a 32bit download code or CD for Review or Radio

“Wilson’s importance in the pantheon of Australian music continues to grow. This is not just due to his stature as an improvising saxophonist or a composer (although either would be reason enough). It’s partly due to his keen sense of being heir to such Australian pioneers as Mark Simmonds, Bernie McGann and Allan Browne. It is also due to his Browne-like idiomatic openness, so the playground is the whole gamut of jazz, from its earliest New Orleans roots to the golden tenor saxophone era of Coleman Hawkins and Ben Webster; from bebop to free jazz and jazz inflected with rock, funk and diverse music from around the globe. This quartet can dig deep anywhere across that gamut. …like looking at the blues through a dissonant kaleidoscope.”

“the most potent tenor to be heard in Australia these days… stupendous power, his sound so massive it seemed to threaten the structural integrity of the saxophone’s bell” Sydney Morning Herald

“He can create an air of majesty with a bold upward sweep on his tenor, or sustain a single, barely-perceptible note with the focus of a Zen monk.” The Age

“a joyful, freedom embracing, open-hearted exploration of sonic possibilities… an album which immediately brings a smile to your lips. It is the sound of now and I was delighted to hear in the new decade with this gem. Some, wrong-headedly, think that post-millennium Jazz like this has abandoned past learnings; they are mistaken. These artists have no need to look over their shoulder because the past has been absorbed into and informs everything they do as they move the music forward.” JazzLocal32

Wilson is recognised as one of the pre-eminent saxophonists of his generation. Bursting on to the national stage at 22 Julien won the National Jazz Award at Wangaratta Jazz Festival in 1994. Working with bands including SNAG, Festa & Ishish he quickly built a reputation as a player who can juxtapose wistfully melodic and stridently fiery statements in the same breath. At the end of the 90s he moved to the US to study with George Russell and Paul Bley. He has collaborated with Charlie Haden, Jim Black, Kurt Elling, James Carter & Gavin Bryars, is featured on award winning projects with Andrea Keller, Barney McAll, Stu Hunter, Jonathan Zwartz & Sam Anning, and has contributed to iconic and distinctive Australian groups including Assumptions, The Black Arm Band, Los Cabrones, Virus and the 12ToneDiamonds.

STOCK play music as predictable and varied as Melbourne’s weather. This electrifiying quartet was formed in 2011 as a vehicle to workshop and perform Wilson’s original compositions. Formerly known as “B for Chicken” they have been performing regularly in Melbourne, developing material and refining the groups powerful, unified, interactive style. While the gentle, lyrical inclinations so evident in Wilson’s long-running trio (and the quartet which recorded This is Always) are still present, this project provides an outlet for the more explosive side of his musical personality. The band reference Ellington & Coltrane while leaning forward to embrace the 21st Century, with a nod to everything in between.

The inspiration for forming this band comes from the flexibility and drive of Hugh Harvey’s astoundingly musical drumming, Fermanis’ blues-drenched, rock-singed, take-no-prisoners guitar work, and the virtuosic beauty and creative flair of Chris Hale’s 6 string bass guitar poetry. Craig, Chris and Hugh are some of the busiest musicians in Melbourne, running their own projects, teaching, touring and recording with artists including The Cat Empire, The Meltdown, Gotye, the AAO & the MSO.

In 2018/2019 STOCK have been recording and producing their long overdue debut, assisted by a recording grant from the Australia Council for the Arts. Seizing the album as an opportunity to rebrand as STOCK they will be officially releasing the album early in 2020. It will be available on CD, as a High Definition 32bit digital download, and as a Collector’s Edition LP on Gold Vinyl presented in a gatefold cover featuring stunning art by Dale Cox.

“You play like you’re from the jungle”  George Russell

“I can hear influences as diverse as Archie Shepp, Jan Garbarek, Ben Webster, Gato Barbieri, Dave Liebman… But particularly, of Mark Simmonds, who is one of the heroes of jazz saxophone in this country” Dale Barlow

“He appears unable to play an ordinary solo.” Jazzwise UK

“a level of maturity, and a storytelling quality that place him proudly in the lineage of such great tenor balladeers as Lester Young, Dexter Gordon, John Coltrane, Stan Getz and Joe Lovano” The Bulletin

“a direct lineage of influence runs from the late Merv Acheson to the explosive Mark Simmonds and on to Julien Wilson. Central to that lineage is a concept of how the horn should sound: massive, sprawling, wearing its heart on its sleeve, and gripping the listener from the first note. Wilson produced a sound that was haunting and burly – a rare combination that ensured the simplest melody was arresting.” Sydney Morning Herald

“Did you know that chameleons are not indigenous to Australia? In fact, they are illegal as imported pets. Fortunately the musical chameleon species is allowed and is alive and well, and this week’s One Man’s Jazz features some music by one of those: Melbourne saxophonist Julien Wilson” TaintRadio Canada 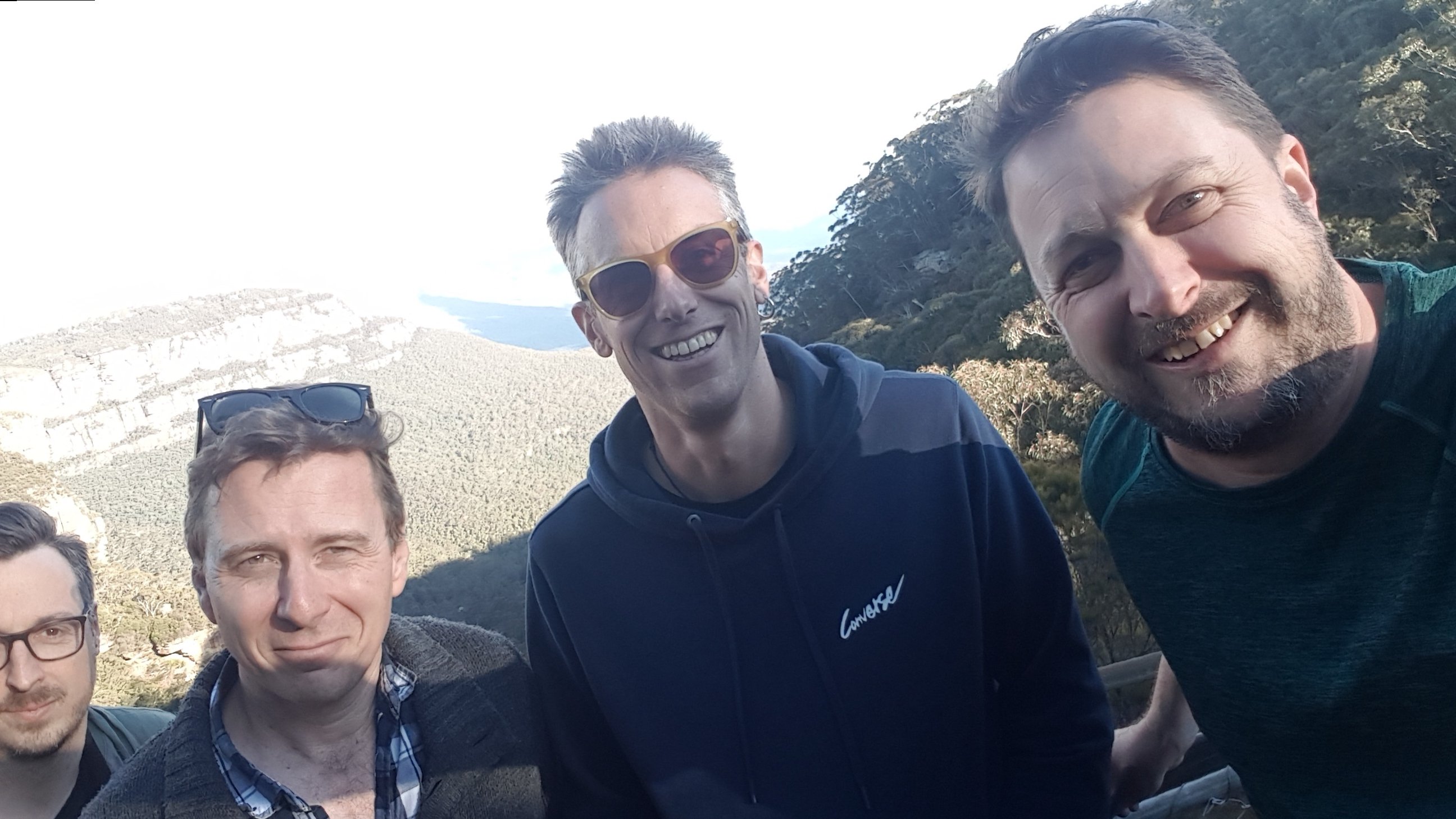