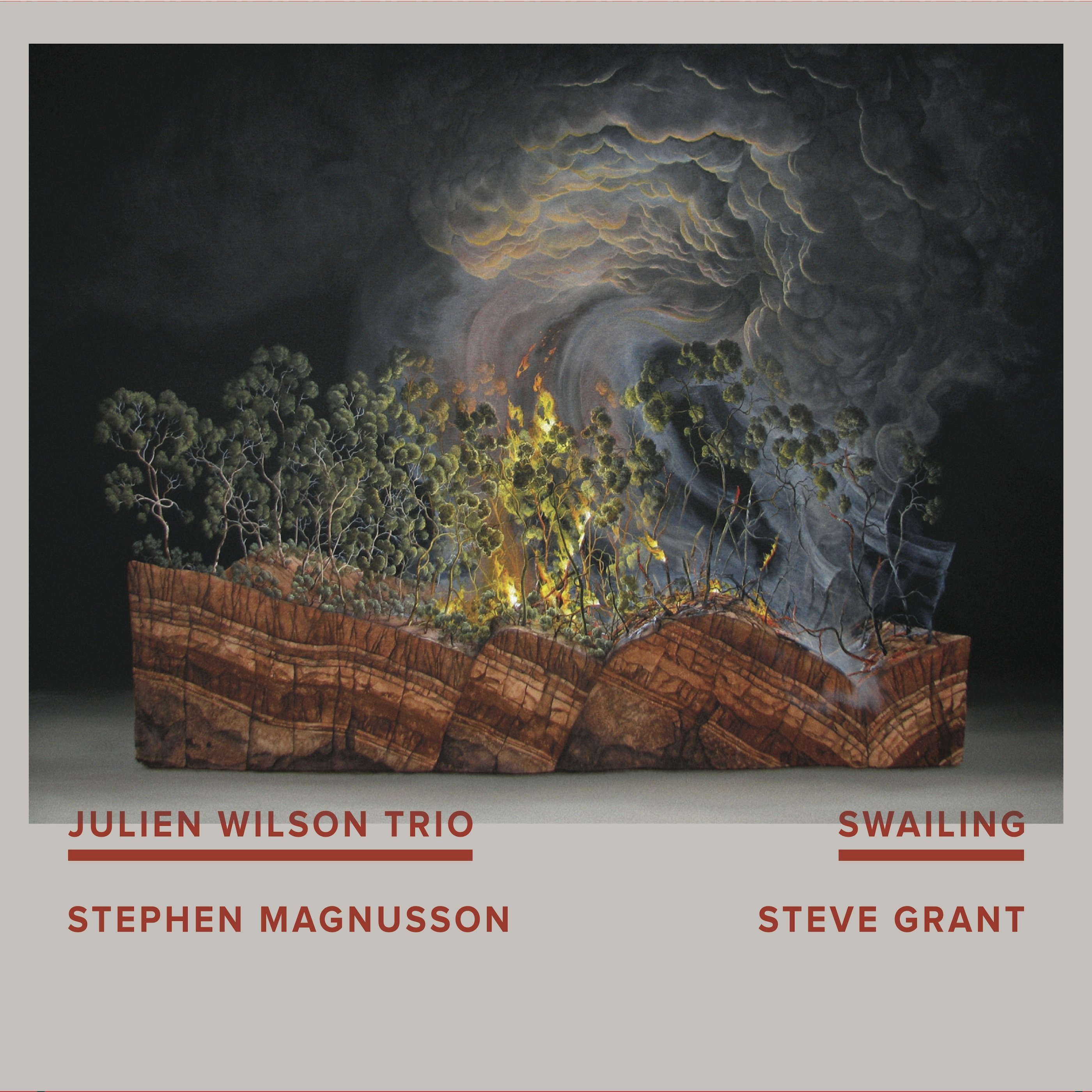 Swailing is a very Australian concept, a controlled burn of the bush aimed at promoting regrowth. In spite of the title, the music on this CD has a very European feel, at times reminiscent of an ECM recording, no doubt as a consequence of the unusual composition of the trio, no rhythm section but with an accordion.

The trio benefits from having performed together over many years (their first CD, “Live” dates from 2007) as they weave in and out with a beautiful precision that only experience can bring. All three members both solo and provide accompaniment, the resulting music ebbs and flows producing a gorgeous sound. The occasional overdub fills out the music, most notably Wilson’s bass clarinet.

Although mostly subdued, it is a strangely uplifting and enjoyable music. Grant is just fabulous throughout; Magnusson demonstrates that he is an all-round guitarist and in places squeezes out very un-guitar like sounds. All the while Wilson is sublime, at times his breathy tenor is reminiscent of Ben Webster.

What makes this all the more impressive is that this was released together with a completely different album and band, the mainstream ballad collection, “This Is Always”, also on lionsharecords. On this album his Websterisms come to the fore.